On Thursday September 17, 2015 my book “I write with the right” was launched at the Child Rights House in Leiden. The ambassador of the Republic of Costa Rica to the Kingdom of the Netherlands, his Excellency Sergio Ugalde and mrs. Armonia Chang de Belchieur, attaché of the embassy of the Republic of Panama to the Kingdom of the Netherlands, were awarded the first copies of the book. The ambassador: “we are committed to the rights of children, whether they are Costa Rican, Nicaraguan, Panamanian… and we strive to provide them with the services they need.” Mrs. Armonia Chang de Belchieur: “improving the lives of the Ngäbes in Panama by improving the infrastructure and services in the comarca recently became a priority in the national policies of Panama. your book and the recommendations therein may help us inform and improve the situation.”

The launch was presented by the world’s first Children’s Correspondent: mr. Tako Rietveld: “Carrie and I have something in common: if there’s children, we want to talk to them. We want to know their story. Children look at the world from a different perspective. So if you start listening to them, really listening, you might just see a whole new world. That is exactly what Carrie did. “ 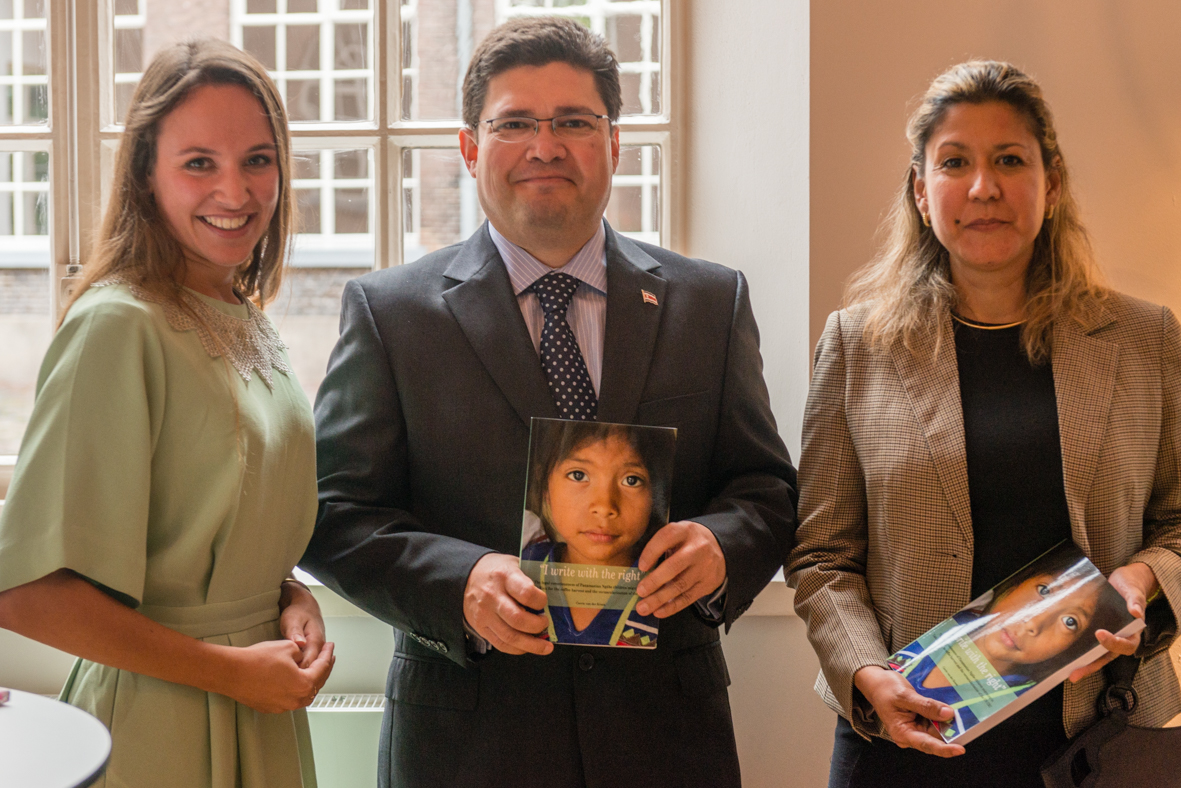